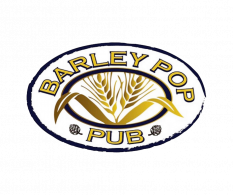 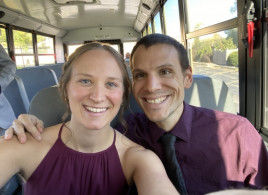 Henry V. Schwalbach built this “U” shaped building in 1870 to house a General Store, Saloon, Railroad Depot, Post Office, and his lumber companies offices. Mr. Schwalbach’s partner in the lumber business was a man by the name of Goelzer, leading to the name Goelzer-Schwalbach building. Prohibition took effect in 1920, ending the saloon business. A barbershop opened in what used to be the salon during this period, with the general store still next door. The prosperity of the 1920’s eventually led to a Buick Dealership operating of the building. Fortunes changed with the crash of the stock market in 1929. In the years that followed, the General Store space was used for varied activities such as a dance hall, basketball court and more recently, The Hoagie Shop. In 1933, prohibition was repealed allowing the saloon to reopen. A structural addition to the saloon enlarged the space and made the front door parallel to Main Street. Members of the Schwalback family continued to own the building up until the 1970’s. In 1987, the Barley Pop Pub was opened in the old saloon space. In 1992, the room that was formerly occupied by the Hoagie Shop was renovated to give Barley Pop an additional dining room, now called the Brew Haus. In 1995 the kitchen was renovated and a game room was added. ﻿ Today our goal is to offer a friendly atmosphere with attentive service, great food and cold drinks!