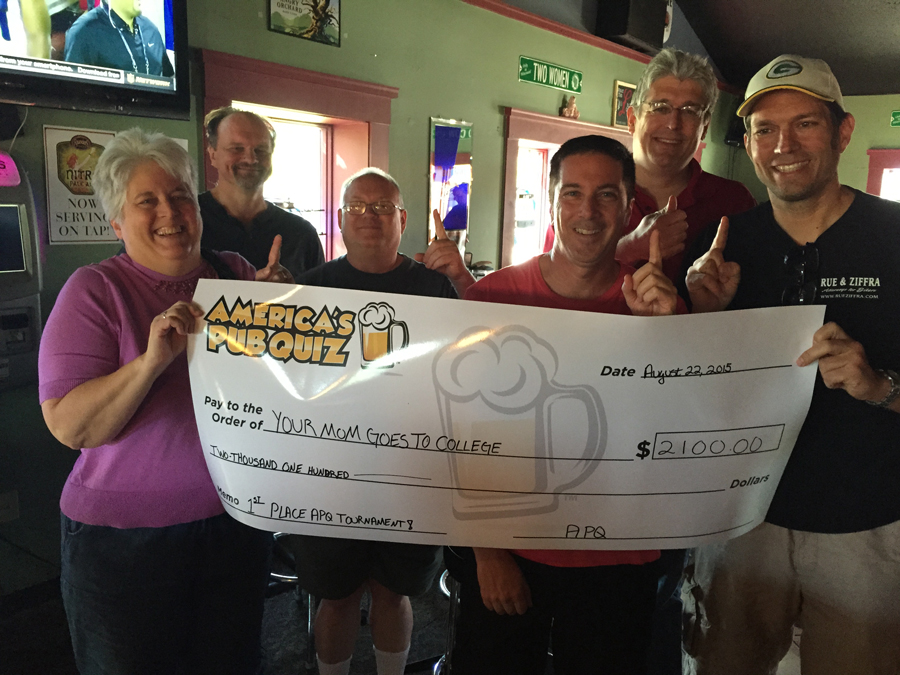 Nobody gives away more money than America’s Pub Quiz. Join our free league now to play for cash prizes!

The America’s Pub Quiz League runs for a predetermined number of weeks each season (3 seasons per year), typically sixteen weeks. Over the course of each season, you may play as many times as you like. Every time you play, you will need to hand your host your “team number” at the start of the game. He/She will then record that number with your corresponding score and we will add up your top predetermined amount of scores (within each league season) for a final ranking.

Visit again soon as we add more league info, including details of upcoming tournament play where you can win big money prizes!